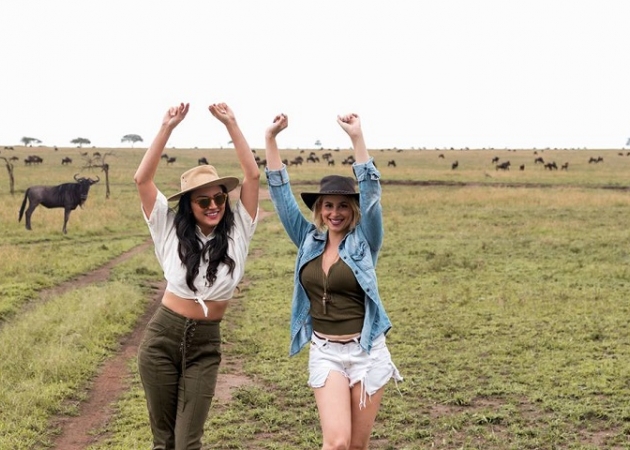 Ms Stephenie Buelna and Carly Brooke the two famous American influencers have successfully concluded their visit in Tanzania following an invitation extended to them by Tanzania Tourist Board to visit and feature Destination Tanzania in their social media networks .

While in the country the two young ladies who are popular fashion models and bloggers with thousands of followers in their social media networks in the USA had a chance to visit Serengeti National Park, a site of great animal migration in the World and the Spice Island of Zanzibar where they took and posted different photos in their accounts of Facebook, Instagram, You tube, tweet as well as writing in their blogs and tweet.

“We had a wonderful experience in Serengeti and here in Zanzibar and most of our readers and followers have so far shown a great interest on destination Tanzania, once we are back in the USA we are going to write a lot” says Stephenie.

The two influencers were in the country as part of the Tanzania Tourist Board (TTB) strategies to engage celebrities and influencers in the massive campaign to promoting Tanzania as a preferred tourist destination by using social media and influencers so that to increase the number of tourists visiting the country and revenues.