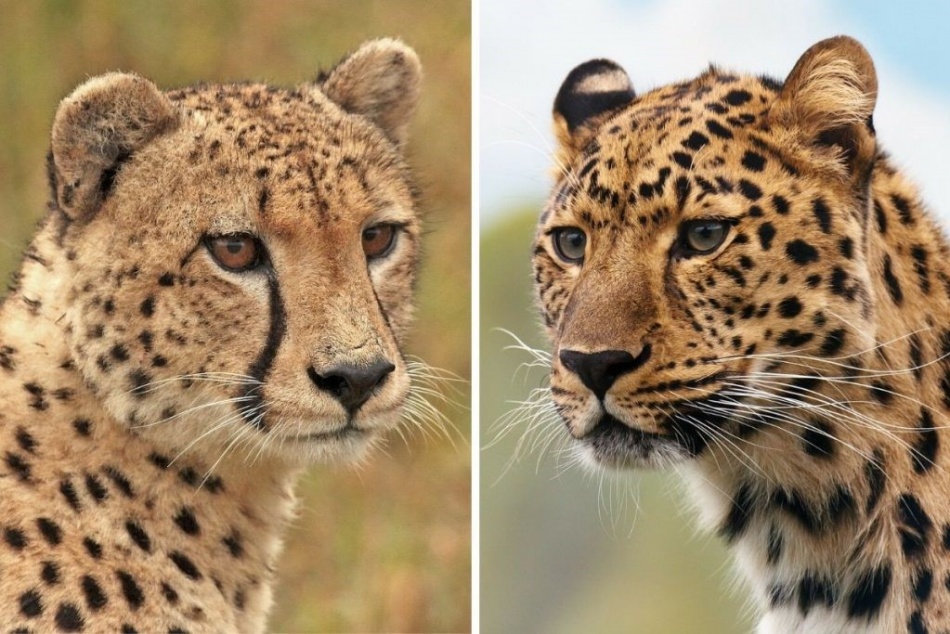 Cheetah and Leopard came from the family of big cats and they have a lot of  similarities, since they are both hunters, carnivores and both their skin are covered with beautiful spots. Identification of these two mammals is often mistaken.

Cheetahs are quickly identified by their tear-mark lines from their eyes drawn down to their chin. This is a unique feature of a cheetah that is said to help them reduce the sun light while running on a bright day. On the other side Leopards do not have tear-marks on their faces.

The spots of the cheetah are almost oval in shape and their size is smaller compared to those of a Leopard which are shaped like a rose also bigger in size. This is one of a huge difference that can be noticed between cheetah and Leopard.

However, other differences can be noticed by their characteristics, these two big cats have a very distinctive lifestyle. Leopards are often found chilling on top of trees sitting alone simply because they are solitary mammals and cheetahs mostly found in open grasslands and often in groups.

Cheetahs and Leopards can be seen in most National Parks of Tanzania including Serengeti and Ngorongoro.